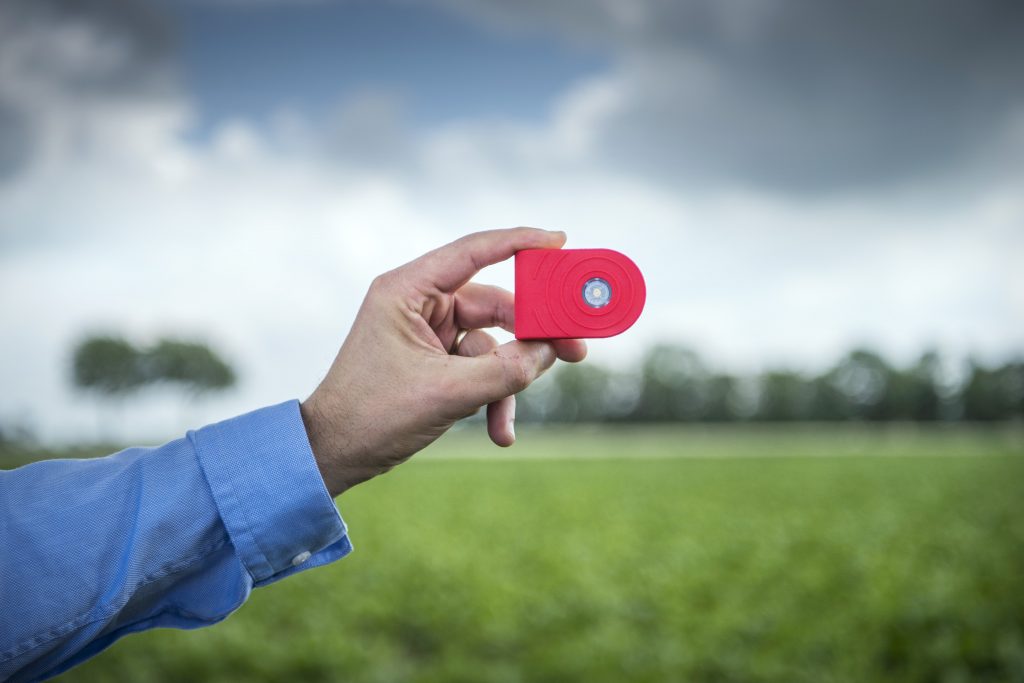 Senior residents in the Dutch municipality of ‘Het Hogeland’ are currently testing an innovative emergency button from the Montr company. With this smart device and thanks to mobile 5G technology, they can call for help anywhere and anytime.

It makes independent living easier. The test is part of a 5G pilot that is being carried out within ‘5Groningen’, a program of Economic Board Groningen.

A new kind of emergency button? Is there a need for this with the widespread possession of smartphones and the already existing emergency buttons? ‘A definite Yes‘, according to Marcel van Leeuwen from Hogeland’s care and welfare organization.

‘Many senior people find modern telephones too complicated, too heavy or too big,’ says Van Leeuwen. In any case, the new emergency button is not all that. The device is the size of a keychain and with a weight of fewer than thirty grams it can be placed in a cord around the neck. And there’s only one button on the brightly colored advanced piece of electronics, right in the middle.

In that search, the paths of ‘Mensenwerk Hogeland’, the 5Groningen program and the Montr company crossed and a pilot was set up. Montr from The Hague is the company of director Stefan Meulesteen, inventor of the piece of technology. Employees of 5Groningen facilitate the pilot by offering project support and progress, and by bringing the pilot project partners together. VodafoneZiggo provides the technical support and infrastructure for the pilot.

After an intensive period of product development, the product is ready for the test phase. But what is so innovative about Montr’s invention?

Easy to use – top notch technology

Success is mainly due to the ease of use and the wireless technology of both the software and the hardware in the emergency button, which means that it can also be used outdoors, explains Meulesteen: ‘There is quite a difference with the existing, somewhat old-fashioned emergency buttons, of which online warehouses still have plenty on the shelve. They usually only work indoors, or need almost daily recharging. The new emergency button also works when someone is working in the garden and shopping in the village shop’.

The Montr-Nood button uses very energy-efficient and reliable 5G connection techniques. It is also a cheap and very safe technique in use,” says Meulesteen.

Strikingly enough, the interest in Montr’s emergency button initially came mainly from abroad; the trial in Noord-Groningen is one of the first large-scale application in the Netherlands. This is due to the fact that in many other countries the coverage of mobile networks is often much less and therefore alternative alarm systems are more likely to be looked at for example for lone workers or farmers in the open field.

Meulesteen is seeing a growing interest in the 5G alarm button from both home and abroad. He expects a lot from his invention and is now thinking about options that can further increase the safety of users, such as a false sensor, a body temperature meter and a speech sensor.

The 5G network to which the emergency button connects is from VodafoneZiggo, one of the founding fathers of the 5Groningen initiative that launched a whole series of pilot projects with the new generation of mobile internet.

Actually it concerns two networks, explains Jarmo Wilkens, who is involved in 5Groningen as technical lead from the telecom company. They are a so-called LTE M1 and a Narrowband-IoT network, where IoT stands for Internet of Things. These are wireless, energy-efficient networks from VodafoneZiggo with an improved range. They have had full coverage since the end of last year. Both networks are designed for sending small data packets, such as the alarm button constantly does to maintain the connection.

The pilot provides us with important insights into the performance of the network,’ says Wilkens. VodafoneZiggo also sees the emergency button experiment as a good showcase with which to take the farmer to customers. Wilkens: ‘We see enormous potential for applications like Montr’s at home and abroad.

This is also how entrepreneur Stefan Meulesteen feels about it, but now an exciting time begins: ‘In a technical sense, the emergency button is completely finished. Now we are looking for feedback from the user. As a developer, you never quite know what the user thinks upfront. How do people wear it? How do people like the design?

According to Meulesteen, Groningen is an excellent test area: ‘People are open to it and the Groningers don’t turn their backs on it. When they don’t like something, we’re sure to hear it too’.

This article is a translation from the original Dutch article on the 5Groningen website
Copyright of the picture: Corné Sparidaens 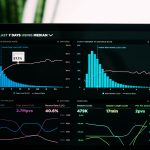 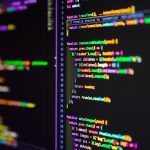 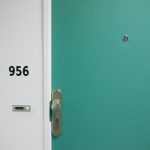